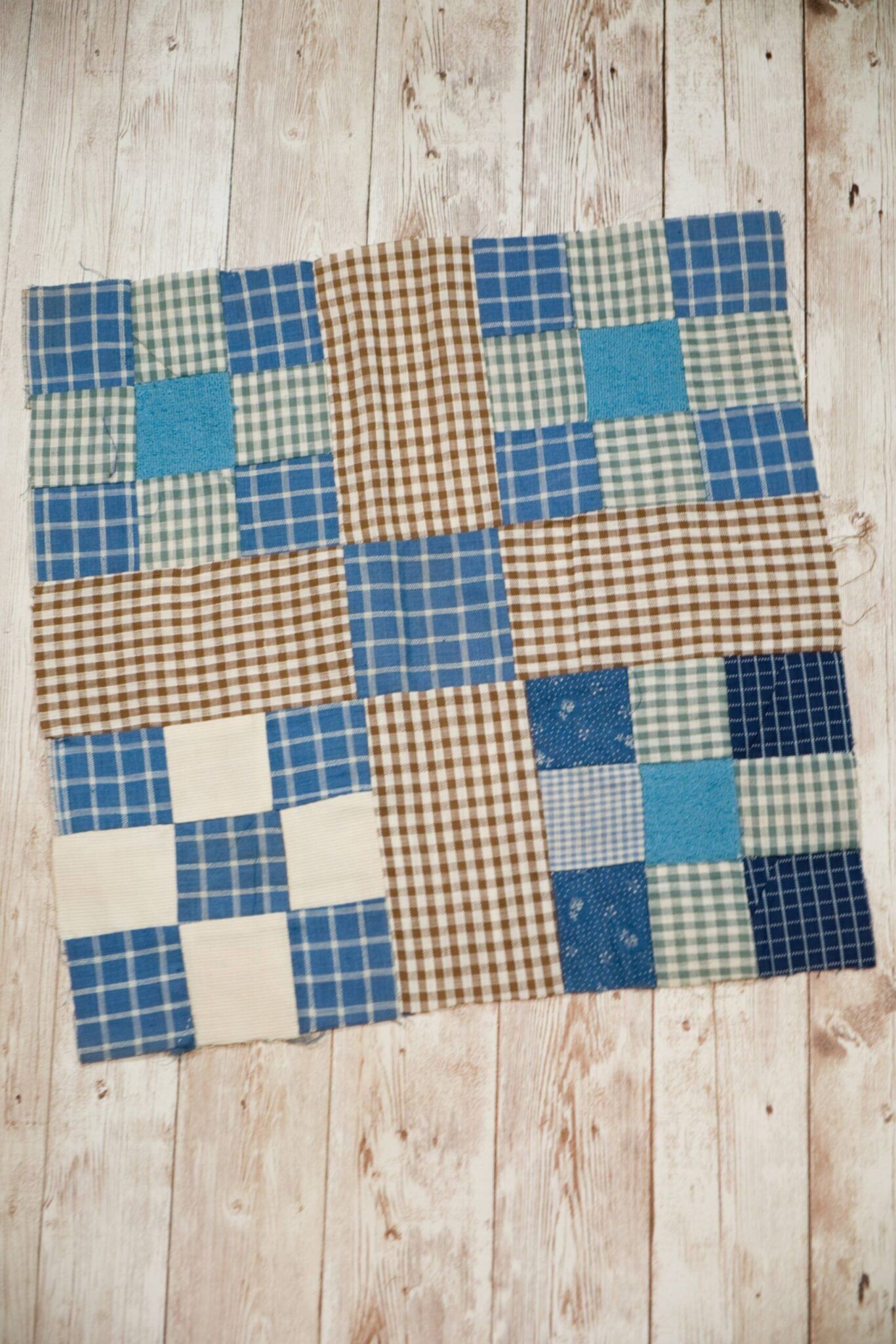 Tonga what?  I honestly planned to write one more simple post about how to use a nine-patch in combination with another block to make a stunning quilt top.  Because if the nine-patch is one of the basic blocks every quilter should know how to construct, there must be lots of ways to use it, right?

For instance, I was planning to tell you that a friend of my husband’s gave me a stack of blocks when he discovered I was a quilter.  He isn’t sure if his mother made the blocks or his grandmother, but he knows they are old.  They deserve to be appreciated rather than living in a box in a closet.

In an effort to discover the name of the block, I searched Barbara Brackman’s The Encyclopedia of Pieced Quilt Patterns and found the drawing below.  The block pictured below is the Tonganoxie Nine-Patch.  Brackman attributes it to Carrie Hall.  While the fabric placement in the block I have does not exactly match the fabric placement for the Tonganoxie Nine-Patch, it is close.  Maybe the quilter did not have enough fabric to follow the exact placement or maybe she liked the concept, but wanted something a bit different.

At any rate, it was the closest match I could find and let’s be honest, the name is intriguing.  I mean what is a Tonganoxie anyway?  Well, if you read more about Carrie Hall, you’ll discover that she was a seamstress turned quilter who lectured about quilt history.  Her lectures took her to several towns near her hometown of Leavenworth, Kansas.  According to The Mirror, the block was named in honor of the Ladies Association of the Congregational Church in Tonganoxie, Kansas.  Learn more about Tonganoxie here.

The block I was given may not exactly match the fabric layout in the illustration above, but it is a perfect way to ‘jazz up’ a basic nine-patch block.  You can find the design in the book Carrie Hall co-authored,  The Romance of the Patchwork Quilt in America copyright 1935.

I’m adding this to my list of blocks to make in the near future.  The name alone makes it a conversation piece. 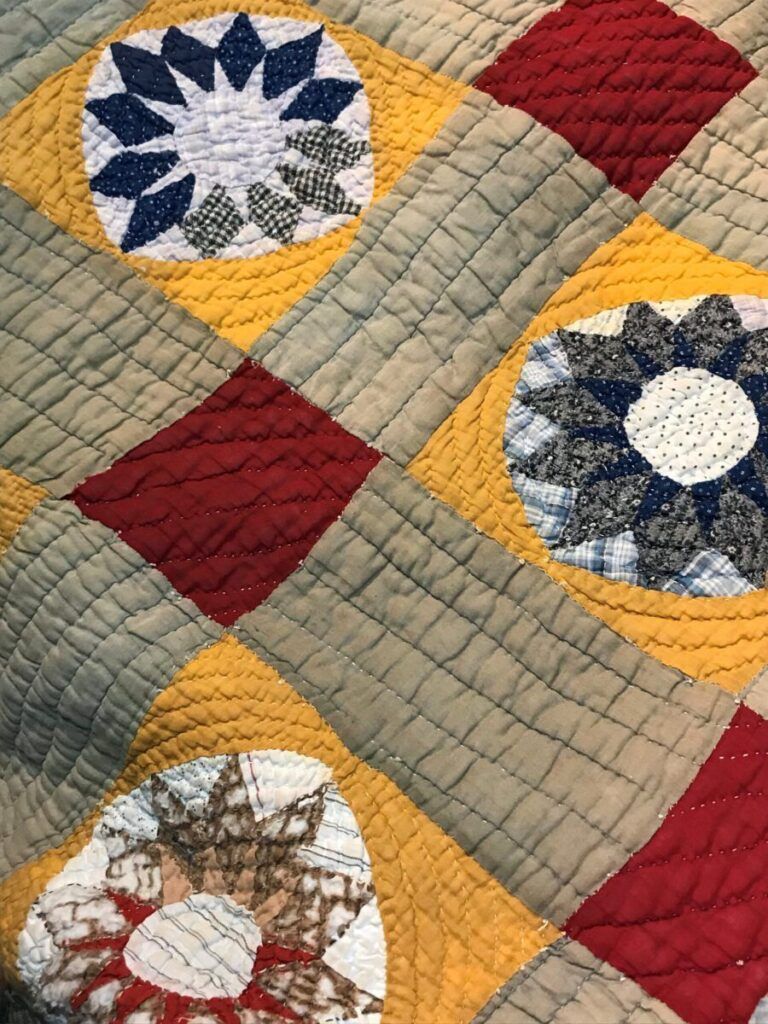